Finally done something post-worthy that I actually remembered long enough to write about!

I’ve been a fan of Ray LaMontagne since seeing him on an episode of Jools Holland a few years back, and on the 12th February, I got to go see him live in concert in Birmingham’s Symphony Hall. It’s a great venue, especially when your wife buys tickets the morning of release to ensure you get a good seat nice and close to the stage to enjoy a really good gig.

A nice surprise for the night though was the support act, I’d never heard of her, but am now a proud owner of her album, and I suggest if you get the chance to go see Priscilla Ahn live then you do it, as I don’t think the album gets across quite how funny and talented she is on stage (gotta be impressed with a girl harmonising with herself twice during the same song after having to clear her throat at the start because of the head cold she’s suffering from), especially as ‘The Boob Song’ isn’t on her album!

Go to this link to hear the story behind the song, and then watch this version without the story but better sound. 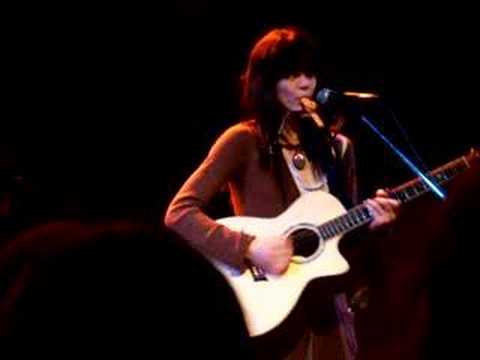